Tonight I spent the time making up pillowcases from the panel that was bought last month.   After doing some measuring, re-measuring and then working out which way to cut the panel in order to get the best out of it I found that I needed to make the pieces a bit longer and a bit wider and fortunately there was some backing fabric left over from the rainbow quilt which fitted in perfectly as it was from a range called "Spot the dog".   I ended up making two pillowcases with "Skye" on both the back and the front.   Miss M can have one for home and one for here.   These were very quick to make once all the measuring and cutting was done as I used the overlocker to sew them up. 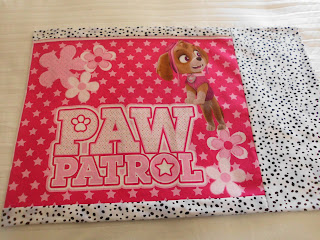 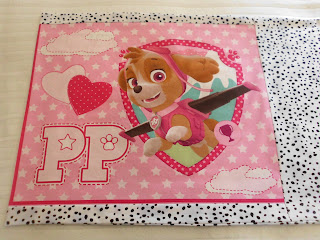 During the week I had some time to cut out more of those snap top glasses cases and all that was left to do tonight was to sew them up.   They have been added  to my "giftie" box. 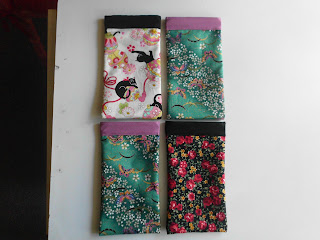 Head on over to Sugarlane Designs to see what the other 18 participants got up to during FNSI.

The pillow cases turned out well and love those glasses cases

I imagine Miss M will love those pillow cases!! they are gorgeous - very handy those snap lock closures - you did a great job.

What lovely projects! The pillowcases are gorgeous!

I love the fabric used for the glasses cases and how cute for the pillows, not showing my daughter that one :)

Those pillowcases are super cute! Love the glasses cases!

How cute! That puppy panel is adorable. Never thought about using a panel for a pillowcase. Great idea!

Your pillow cases are adorable. That is a great idea to make things for a gifty box. I end up doing things at the last minute and feel rushed. Thanks for linking up with Oh Scrap!

You had a productive night! Your grandie will love the pillow cases!