Show me Something Impro

Is the theme this month at Sarah's  blog.   My first thought when  reading the title was "I am not an improvisor"   and would not link up this month as I like to have control over colour and design even when making a scrappy quilt there is a fair amount of control as to where the colours are placed next to each other.

Then I remembered quite a few years ago my quilt group had a challenge where each month one member nominated a block and the other members made that block for them.   It was during the time when I had decided that whatever I made was going to be from scraps so my choice was to request 3 strips each 2 1/2" x 6 1/2" to be sewn together so that a rail fence quilt could be made at the end.

When I finally received all of the blocks and started putting them together in the rail fence design to my horror it was discovered that that pesky 1/4" seam which appears to differ on every machine reared it ugly head and none of the blocks were lining up properly.     Feeling very disappointed I did think of unpicking all the blocks and re-sewing them on my machine in order to get the same 1/4" seam but that idea did not appeal to me so the blocks were put aside until a "light bulb moment" struck in the middle of the night.     Do not unpick the blocks pick another design which is what I did.

Chinese coins was the chosen design so I guess this can be considered something improvised. 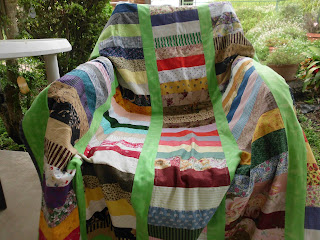 While the blocks are still out of alignment it is not as obvious with the sashing between each column.
Back soon and in the meantime

Back to the first of the month again - we have already had 1/4 of this year - means time to set  a goal/goals for the month. 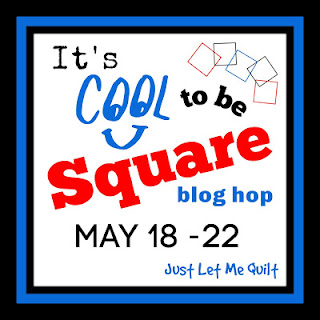 So my goal for this month will be to work out what I am going to make to show for my designated day of 20th May and make a good start on it.

Once this project is under way it will be back to cutting up more scraps.

Was to finish off my two mini quilts and get some organisation into the scrap baskets.     The two mini quilts were finished - YEAH.    As for the scraps well what can I say - I have created more smaller scraps that will need to be cut but that will be an on-going project for sometime to come. 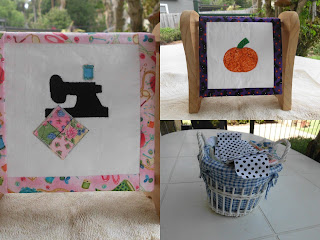 If you would like to see what the others challenged themselves to and achieved pop on over to Cheryll's blog.

A bit more digging around in the scrap patch during the week found bits and pieces of light teal lurking in the bottom of a couple of containers.   The tinkerbell fabric was leftover from a nightie made for Miss M a while ago.    Adding them to other scraps this is the result.   While rummaging around in the scraps I uncovered quite a lot of decent sized pieces of leftover binding.    I used up some in the quilt below. 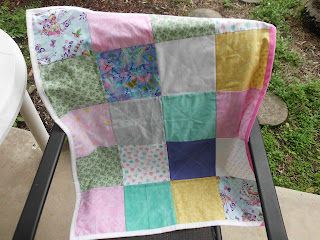 This next one was moved from being sandwiched and pinned to quilted and bound.   Two more finishes for the PICU. 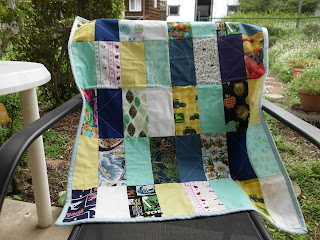 This is the last week of teal scraps and I look forward to seeing what the colour for April is.

I was asked during the week if I would like to help sew up girls size 14 skirts for Network Heaven.  A bag of 10 pre-cut skirts was left at my front door along with elastic for the waist.   The overlocker will be put to good use this week sewing them up.

Once these are finished it will be back to organising scraps.

My garden has also been given much more attention than it has received in quite sometime and I can  declare it " almost weed free".   I hope to reach that goal within a few days - weather permitting of course.

Linking with  So Scrappy

My OMG  for March was to get my ever increasing scrap pile sorted into colours, make a start on getting them cut up and throw out anything less than  2/12" square as well as having something teal completed.

So far this is the result of that goal - scraps not sorted into colour but a start has been made on getting some of them cut up into various sizes.    Of course this cutting bigger pieces into smaller pieces has created a big pile of future  21/2" squares as can be seen below. 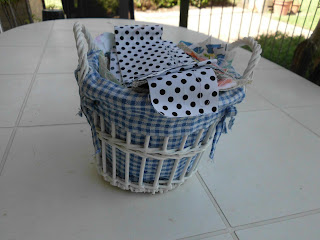 I did however manage to finish off something teal.    There is a big leap from teal to aqua - which most of my scraps were - so I did fudge it and call my scraps light teal.    This was moved from being sandwiched and quilted to being bound and declared another finished quilt for PICU. 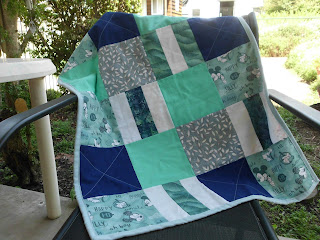 Thanks goes to Patty at Elm Street Quilts  for organising us again into moving projects along the line.

Linking with Midweek Makers
Put Your foot down
TGIFF 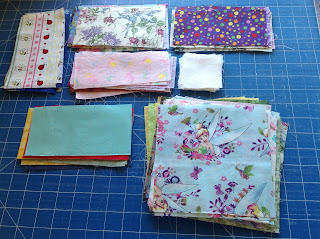 I also cut some binding strips. 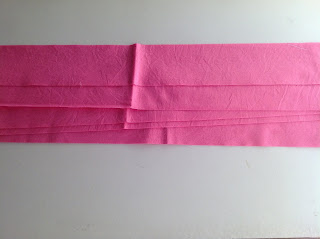 After doing some 'domestics' and seeing that it was too hot to be outside gardening and the  pantry is quite well stocked with no shopping needed to be done an early start was made in the sewing room after lunch.    I managed to get these  rectangles sewn together, sandwiched and pinned ready for quilting.   This one also used up some more  light teal scraps. 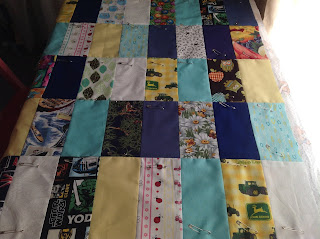 I am going to turn this negative of the COVID-19 virus into an opportunity to do more sewing as more and more closures are enforced on us.    All activities relating to the hospital auxiliary that I am a member of have been cancelled until further notice as is my quilting group.   Fortunately hubs and I are in position where we are not overly exposed but are  mindful as we go about our daily activities.   I guess life as we knew it has changed but hopefully we can all pull together and get through this with common sense.

Thanks Wendy for hosting us again for another fun night of sewing and crafting.

Linking with So Scrappy

Is the theme organised by Calico Joan of MooseStash Quilting  for Worldwide Quilting day.    I had to have a bit of a think about this and wondered what  to create that would give us all a laugh.   After  much deliberation I decided to continue on with the flip side of my mini celebrations  quilts and seeing that it is  worldwide quilting day it was the perfect excuse to create a mini quilt to reflect this. 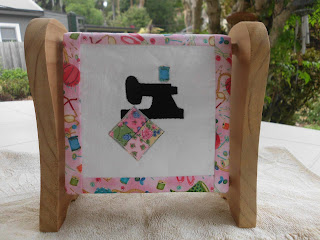 Now it can be quilting day everyday in my house when I have this mini on display.     I hope that this at least brought a smile to your face and maybe even a laugh.

In order to finish off the 4 mini quilts (the others can be seen here) I went on to make one for Halloween. 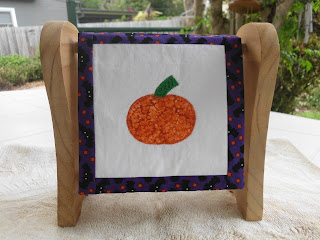 These are so much fun to make that I will have to think of some more to add to my lovely  collection.

Head on over here to visit more blogs for a good laugh.

I hope that everyone takes the necessary precautions to try and protect themselves and stay safe against this virus that is sweeping the world.

Linking with Midweek Makers
Put your foot down