Hubs and I have returned from a 4 day mini break in our Nation's capital.  Our accommodation was the Hotel Kurrajong which is set very close to all the major attractions that Canberra has to offer. 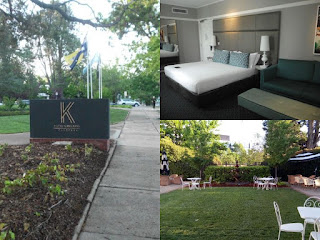 If ever you become lost in Canberra - which is quite easy to do as it is planned on a circular design - just keep on eye out for the flag pole that sits on top of Parliament House or Telecom Tower as they can be seen from just about everywhere in the city.  This will then give you an idea as to your location. 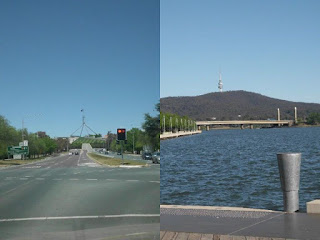 Some of the famous landmarks around Canberra which include the National Library,  the Carillon, the Captain Cook memorial jet and the High Court of Australia. 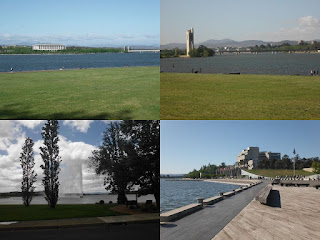 Canberra is also well know for its many beautiful parks and gardens. 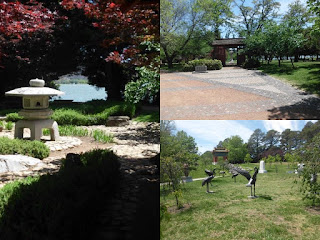 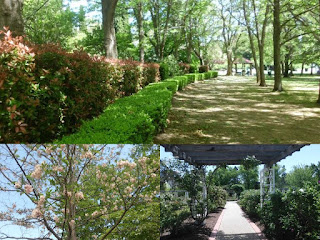 We also visited Cockington Green which is a family owned park featuring a fabulous display of miniature buildings based on an English village.   If ever you are in Canberra it is something to put "on the must see list".     This is the main entrance to the park. 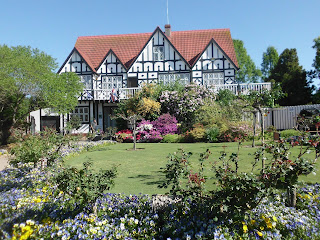 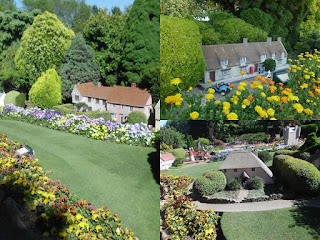 Every village must have a cricket pitch and railway station.  And of course there is even a miniature replica of Stonehenge.   The models are all replicas from actual buildings with the majority being handmade on site.   Construction can take anywhere from 500 hours to 3000 hours. 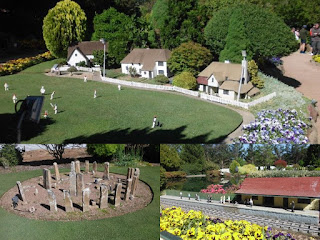 There is also an international section which was developed in conjunction with High Commissions and Embassies to construct a building which would be representative of their country. 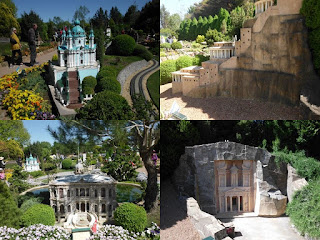 During the course of a morning walk I bumped into these two characters.   The one on the left is John Curtin and next to him is Ben Chifley both former Prime Ministers of Australia in the 1940's. 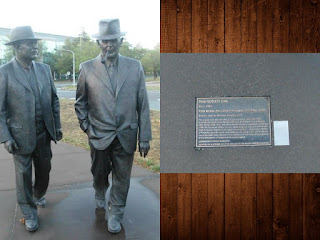 All this walking around does call for constant fuel stops for us - not the car - as one needs to keep up their strength. 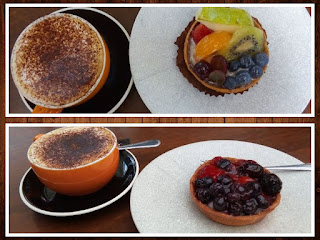 I did not feel the least bit guilty about having these two delicacies as after all they did contain two of the major food groups - fruit and dairy - so guilt free eating - well that is my story and I am not changing it.

Well that is our break away which we thoroughly enjoyed.   Time to head back home and look forward to our next mini break - when and where that will be is under discussion.   I am heading off to my sewing room this afternoon to catch up with some bits and pieces that I started before we headed off.

Lovely break and nice refuelling too.
We've been to Canberra a few times but didn't know about the gorgeous miniature village.

Hi Karen great pics ,this is one place that I would like to visit,I live the little village and your food looks very yummy ,Thankyou for sharing your trip with us xx

Lovely to see some of the spots we visited earlier this year. I didn't know about that charming village. We didn't really do much gardens either.. being winter everything was very bare and brown so it's lovely seeing the green.

Great photos, Karen!!!!!! I wish I could visit it one day. Greece is far away, but you never know! Happy sewing, my friend!

Thank you for sharing your lovely break. I do love a good miniature village! I shall have to add Canberra to the ever growing dream holidays list! X