Yesterday was the third Friday of the month and that means a fun night of sewing.     I was able to make an early start in my sewing room after lunch but even though there was some extra sewing time I only managed to go from one project to another and not actually finish anything off.     First cab off the rank was making toppers for some towels which could not be finished  off because I did not have the right buttons.  So buttons head the shopping list for this week. 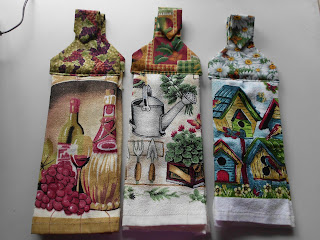 It was a lovely sunny day and my garden was filled with butterflies flitting around.     One stayed long enough on the daisies so that I could get a photo of it. 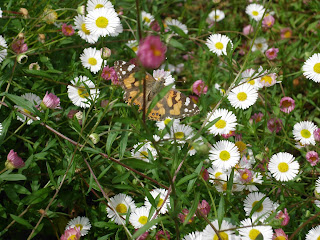 It was such a coincidence that I was using daisy fabric with butterflies on it for one of the towel toppers so that had to become the fabric choice  for my daily circle.   As you can see the circle is only pinned and not sewn. 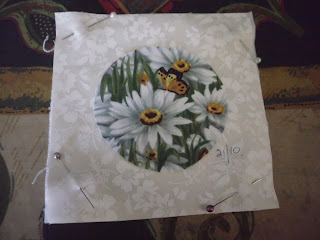 Sometime ago I bought a panel with co-ordinating fabrics and it was time to get it out and have a play.     Some of the pictures on the panel are below. 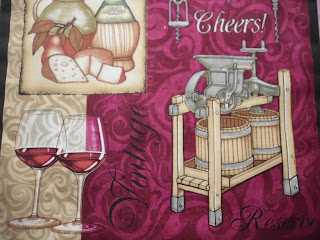 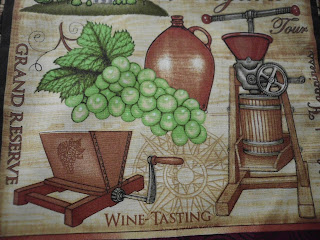 There are four more pictures with the same theme.   I see placemats in my future.   I am hoping to make more progress on these later on today.

Just before I go I would like to share a photo with you of what could be considered a "life size" Sunbonnet Sue.    It is Miss M helping her mummy water the garden. 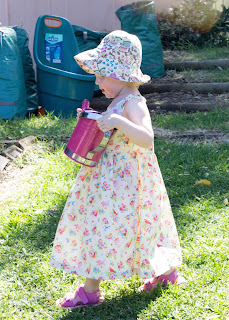 Now to see what other interesting projects others go up to last night head on over to Sugarlane Designs.

LOL I often seam to spend lots of time in the Cave flitting from one project to another.
Do like the projects you have been working on.
That's funny to have been working with fabric like the butterfly on the daisys in the garden.
Love the real live Sun Bonnet Sue, sew cute.

Hi Karen your towels look great ,how cute is the little girl helping in the garden.

You've been working on some lovely projects! I have a bunch of towels set aside to put toppers on... I'll get there one day I hope! love your real life Sun Bonnet Sue!! xx